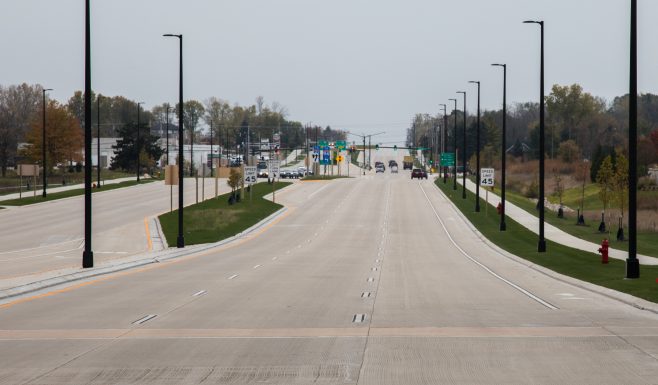 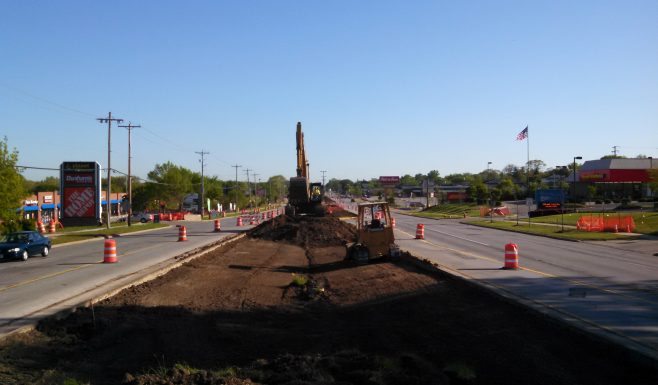 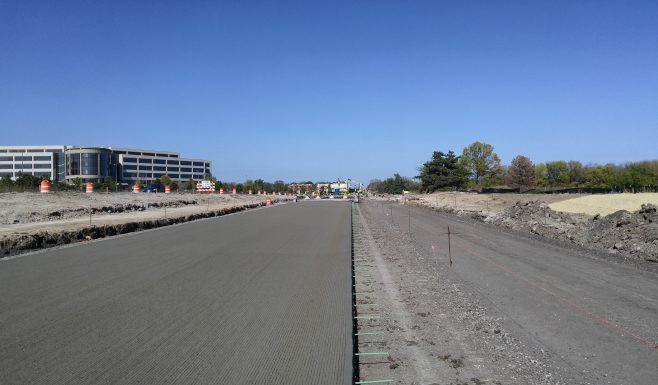 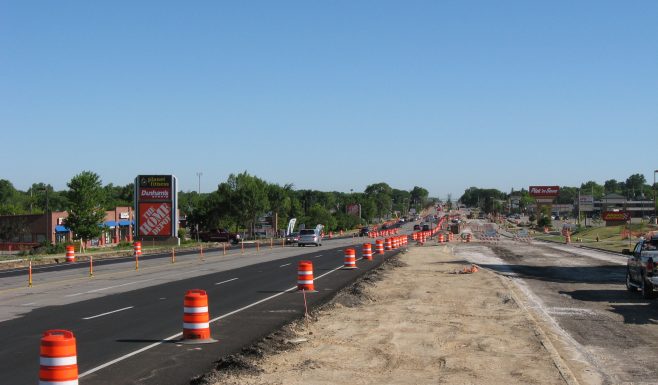 The goal was to reconstruct the existing roadway into a 6-lane median separated highway. The project was assigned a complexity rating of “high” which included multiple Stage changes and an addition of a winter stage not called out in the plans.

The highway had an average annual daily traffic of 34,800 vehicles/day. Project limits fell within 4 governing municipal agencies: City of Milwaukee, City of Green Field, City of Oak Creek and City of Franklin. Construction oversight included co-ordination with these 4 agencies on a regular basis.  176 businesses stretched throughout the span of the project. Maintaining complete access to all businesses during construction was an ongoing challenge.

A unique challenge to this project was developing a winter staging plan and maintaining access for each traveled way through the intersection all while maintaining access to businesses. All WisDOT’s time, budget, and performance goals were met by Bloom during the construction of this highway.