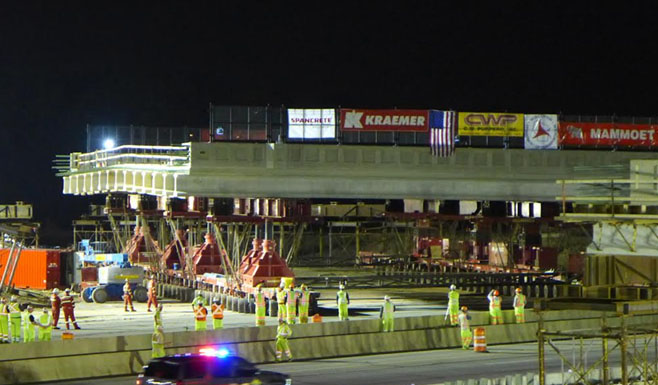 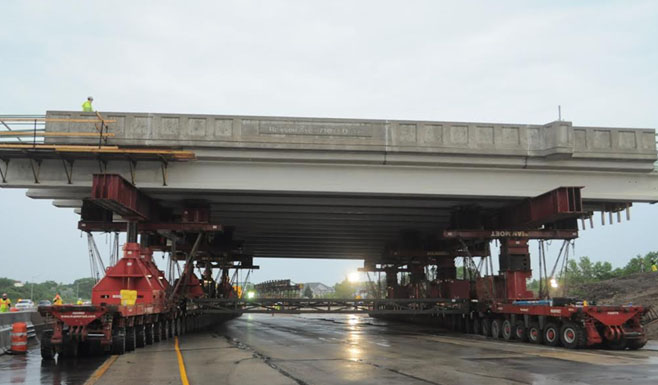 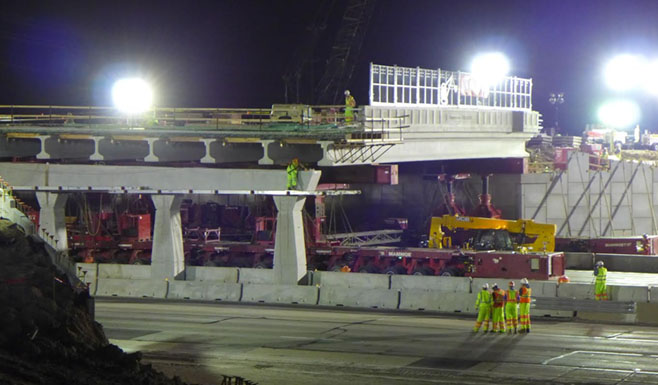 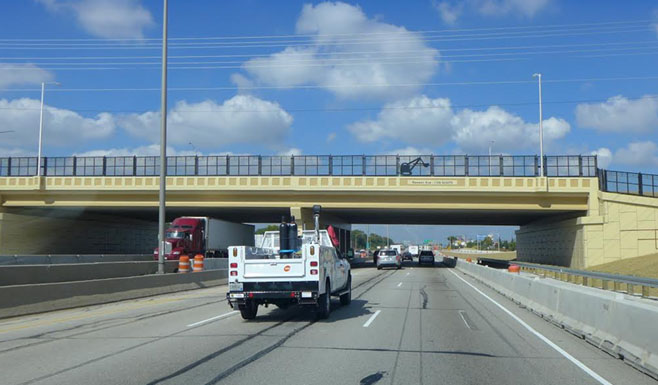 The Wisconsin Department of Transportation is in the process of reconstructing the southeast Wisconsin freeway system.  The Rawson Avenue – IH 94 Interchange project is one of the projects associated with this Mega project, and incorporated the first use of a Self-Propelled Modular Transport (SPMT) in the state of Wisconsin.

Bloom Companies took on the challenge and exceeded the departments expectations with the investigation of the SPMT technology, the presentation and completion of a report showing the viability of using the SPMT technology, and the final design of the Rawson Avenue structures utilizing the State of Wisconsin’s first use of both the SPMT and pre-cast multi-column piers. As part of a joint effort with the department’s freeway team, Bloom Companies worked closely in the delivery of the whole Rawson Avenue interchange project, allowing the Rawson Avenue structures to be opened to traffic only three weeks after removal of the existing structures; typically a six to nine month closure. The the goal was to reduce traffic closure on the bridge from 6 months to 3 weeks. The project became Wisconsin’s first use of SPMTs to rapidly construct a bridge, Wisconsin’s first bridge to incorporate a precast concrete multiple-column pier, and the one of the nation’s first SPMT projects delivered by the Design-Bid-Build process.

SPMTs are multi-axle vehicles that are capable of carrying bridge superstructures from nearby off-road construction sites and positioning them precisely into final position at the bridge site. SPMTs then exit the site, returning the roadway under the bridge to traffic within hours. I-94 was closed for only 12 hours during the Rawson Avenue Bridge move. The Rawson Avenue Bridge project is an excellent example of Accelerated Bridge Construction (ABC) which the FHWA heavily promotes for innovative planning, design, materials, and construction methods in a safe and cost-effective manner to reduce the onsite construction time that occurs when building new bridges.”

The rapid replacement of the Rawson Avenue Bridge reduced travel costs for users of the bridge and increased safety both for the public and construction workers. The bridge was designed to minimize cracks and the specifications were prepared to maximize quality and minimize construction issues. The time, budget, and performance goals of WisDOT were met and WisDOT will be able to use all of the project deliverables for SPMT projects in the future.

Bloom Companies worked closely with both the region’s freeway team and the Bureau of Structures to successfully deliver the Rawson Avenue Interchange project. Their innovation, knowledge and commitment to the project delivery is deserving of exceptional recognition.