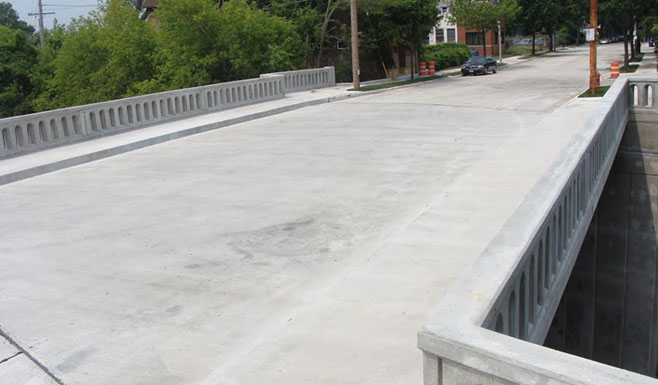 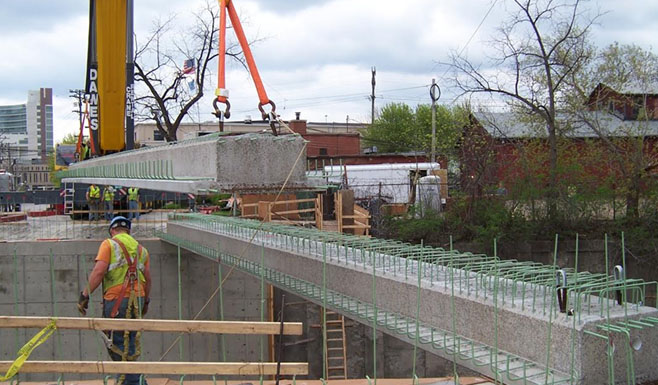 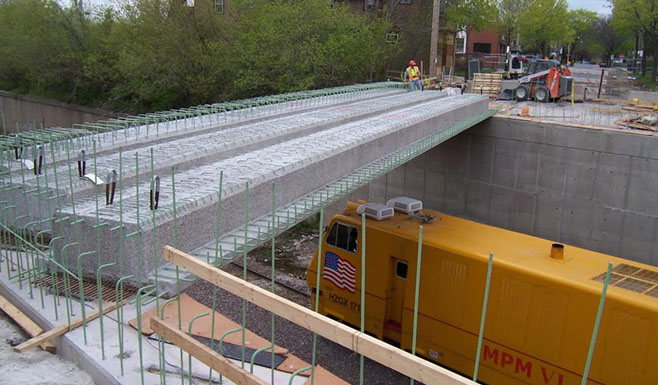 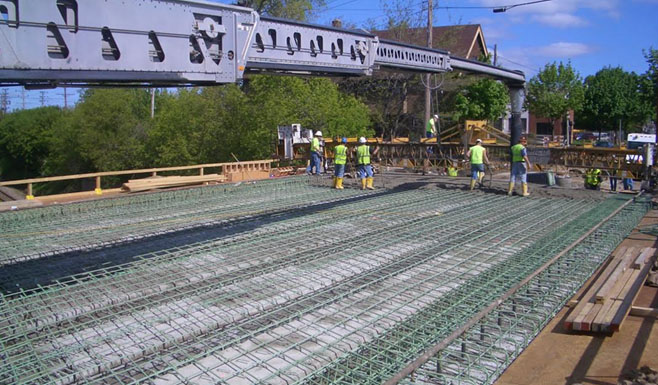 City of Milwaukee and Wisconsin Department of Transportation

South 29th Street Bridge over the Union Pacific railroad provides an important connection for numerous businesses in the industrial zone southwest of downtown Milwaukee, and is a vital transportation and utility link for St. Lukes Hospital. The existing structurally obsolete structure was replaced by a structure unique to Wisconsin; a hybrid concrete slab spanning two railroad tracks that. It consists of precast pre-stressed “Inverted T” beams and cast-in-place sections between beams webs and topping. The new structure virtually eliminated any effect or interference of the bridge superstructure on Union Pacific Railroad operations. The innovative solution adopted was proposed, accepted, designed and built by Bloom Companies for the first time in Wisconsin’s history according to the Cost Reduction Incentive (CRI) Proposal. The redesigned bridge structure has a much 30% higher structural capacity than the original design, resulting in better resistance to damaging loads.

Bloom Companies prepared the required design, plans, cost estimate, and special provisions for cost reduction incentive (CRI) proposal submittal to WisDOT and the City of Milwaukee for review and approval. The alternate structure type is a single span precast prestressed concrete beam system. The beams are inverted T-beams with a cast-in-place concrete deck. This system will allow construction of the entire superstructure over the railroad without the need for false work, since the T-beams will serve as forms for the concrete deck.