Next Project in Highway & Roads 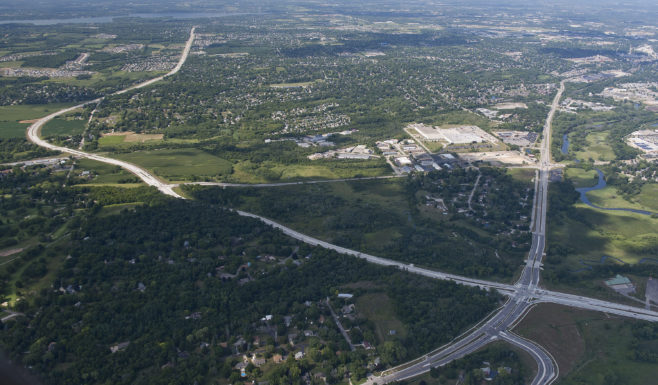 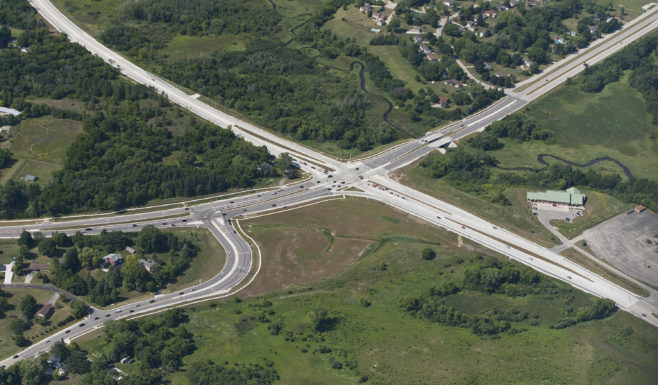 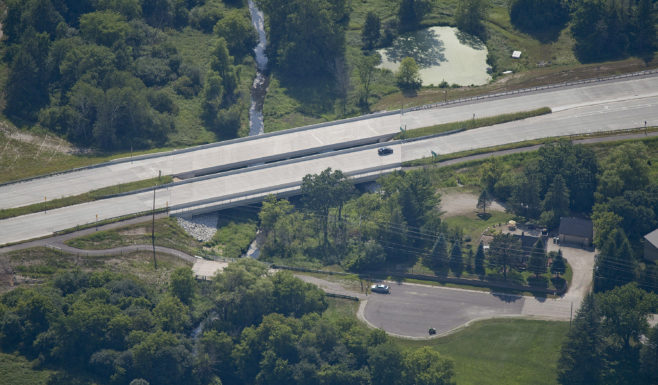 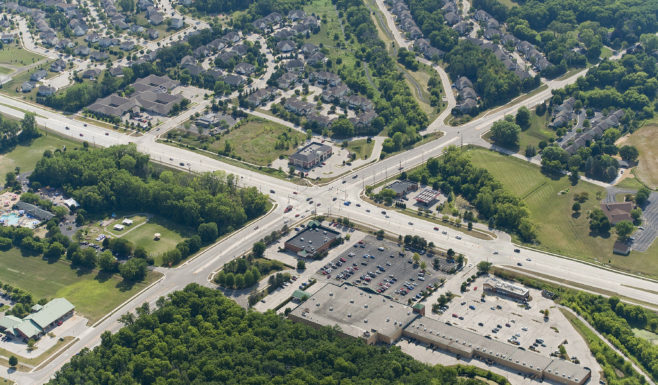 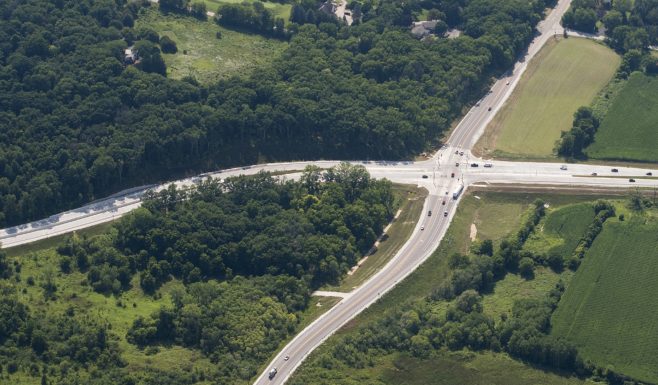 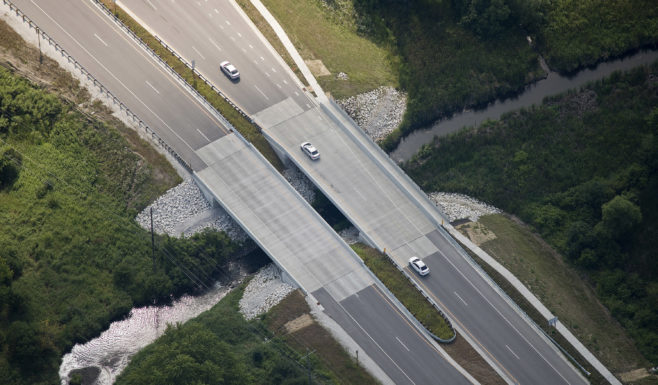 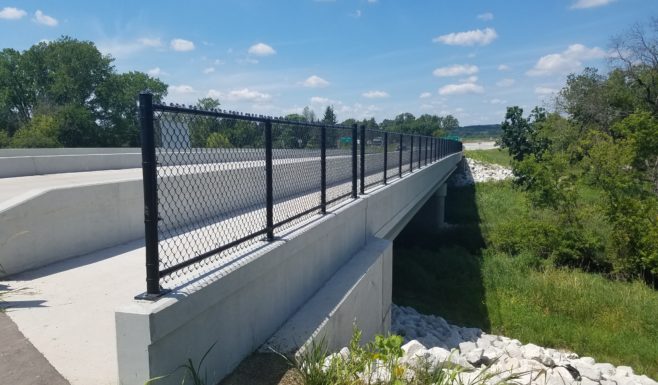 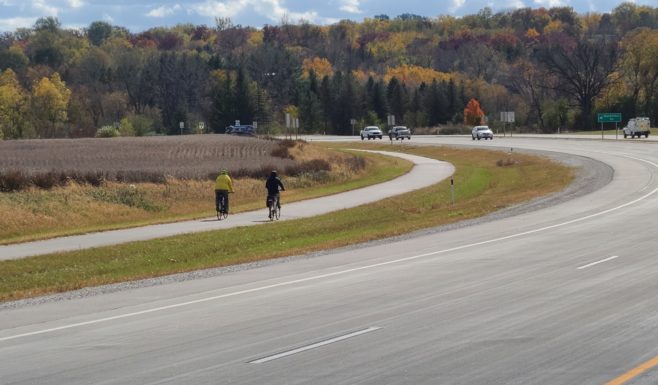 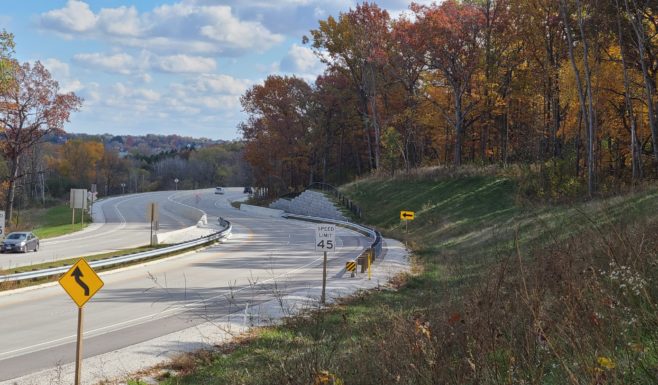 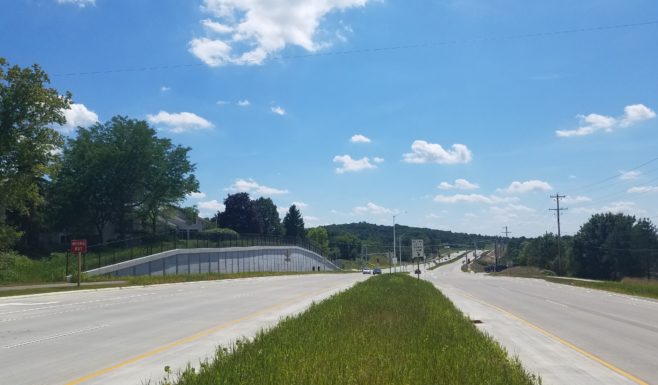 This highly complex $50 million bypass project was planned and investigated for decades. With growing amounts of traffic due to urban expansion, commuters needed a way to efficiently get from Highways 59 and 164 to Interstate 94. The Waukesha Bypass connects WIS 59 to IH 94 on the west side of Waukesha with a 4-lane throughfare. This project involved a lengthy EIS process, alternative analysis, and extensive public involvement. This was a jointly-led project, involving design and planning efforts from the city of Waukesha, Waukesha County, and WisDOT. This project included reconstruction/expansion along the existing corridor and construction along new alignment. The Bypass included reconstruction of portions of STH 59 (Genessee Road), CTH X (Saylesville Road), CTH DE (Sunset Drive), and the extension of MacArthur Road.

Bloom provided final design through PS&E for this project to construct the 4-land divided roadway with both an urban and rural cross-section. Along the way, the project faced numerous obstacles including resident concerns, safety accommodations, and significant environmental impacts due to protected and pristine wetlands within the area.

The previous corridor did not have adequate pedestrian and bicycle access to neighborhood facilities or the unique and precious qualities of the Glacial Drumlin Trail.  Bicycle and pedestrian accommodations were added in association with this project. The majority of the project focused on new alignment with a number of the existing roadways converted to frontage roads. Several new intersections were constructed including WIS 59 and CTH X.

Within the project corridor are multiple large wetlands, including highly protected and identified sedge and degraded sedge fen wetland areas, Pebble Creek (a coldwater trout stream) along with other several endangered species which are an integral part of the uniqueness and pristine value of the wetland area identified. Due to a late discovery of the fens wetland along the project alignment, the Bloom team redesigned the bridges over the identified fens without adverse impact. Storm water drainage was key to the success of the project as a section was primary located in an environmental corridor. Intense coordination with resource agencies throughout the duration of design and construction was crucial.

This project is considered a success to both the client and owner representatives including WisDOT, WisDNR, Waukesha County, and the nature-loving residents of Wisconsin. Karen Braun, Engineering Services Manager of Waukesha County DPW states, “The Bloom team provided a design that included bridges, alignment shifts, and reduced typical sections to preserve the quality of the adjacent environmental features while still creating a safe and efficient highway. This creativity provided a benefit to the traveling public and to the environment.”