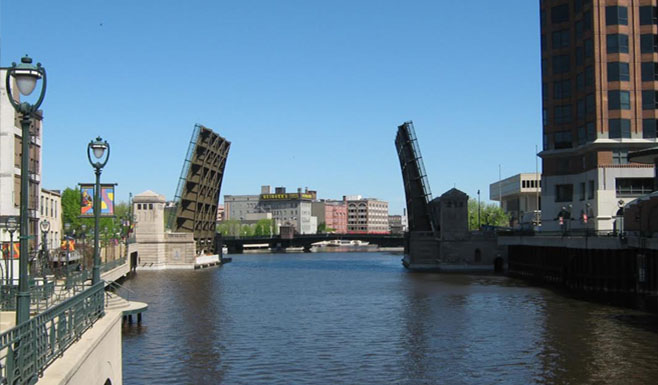 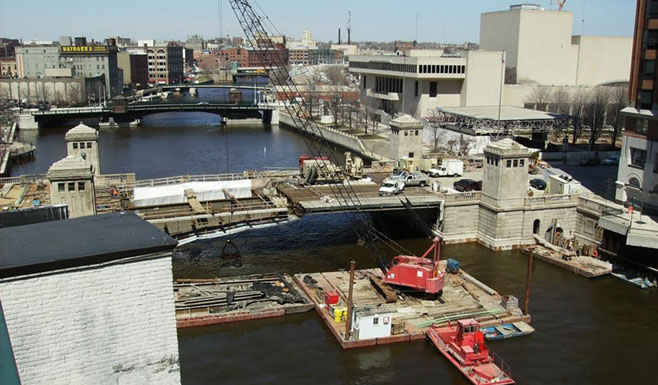 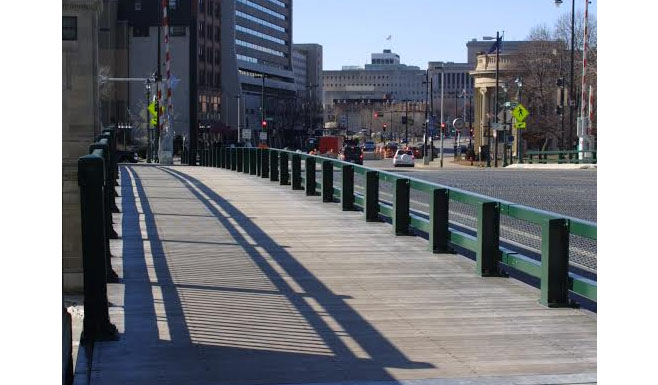 Complete rehabilitation of historic double-leaf bascule bridge in the heart of downtown Milwaukee. The goal was to meet current standards while preserving the bridge’s historic features. The importance of this bridge is evidenced by the four control towers, the ornate design and the fact the street was named after one of the three founding fathers of Milwaukee. The overall cost to rehabilitate this structure was less than the estimated cost of constructing a new bridge, and the structure was given new life. Construction costs were minimized by reusing many structural components. Programmable Logic Control was used for the electrical system, and fiber-optic cables were installed for remote bridge operation from another “master” bridge. This eliminated the need for an on-site bridge operator at every bridge.

Bloom Companies scope of services consisted of two phases. Phase 1 covered the inspection of structural, mechanical and electrical systems. Phase 2 covered design and rehabilitation of the structural, mechanical and electrical systems of the bridge to meet current standards, while preserving its historic features. A structural assessment of the substructure was included as part of the rehabilitation process. Design and preparation of construction documents was in accordance with WisDOT policies and procedures.